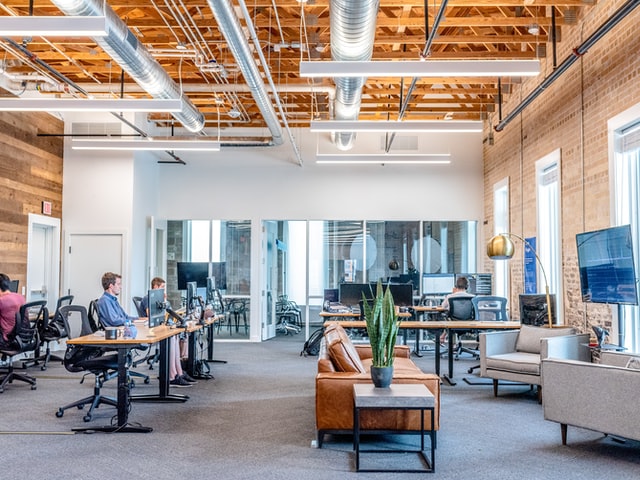 While employment numbers have improved and restrictions were lifted over the third quarter, the second wave of the pandemic may now impede Canada’s road to recovery. Statistics Canada reported a decreasing unemployment rate in August at 10.2%, down slightly from 10.9% in July, and from the record high of 13.7% recorded in May at the height of COVID-19 shutdowns. Despite re-openings, employment recovery has been slow among accommodation, food services, and retail sectors – a trend that may persist into the final quarter this year amid the second wave.
The strongest employment gains have been seen in the manufacturing sector, growing to reach 95.3% of pre-pandemic levels, with the most notable gains seen in Ontario, Quebec and British Columbia, as reported by Statistics Canada. Retail sales across the country have shown signs of recovery through the third quarter, and as e-commerce sales continue to spike, they are set to further increase as we move into the holiday season. The national office availability rate for all classes jumped to 12.6% in Q3 2020, up from 11.6% in the previous quarter, and 11.3% in the same quarter last year (Figure 1). National industrial availability remained relatively stable at 4.3% this quarter, up slightly from 4.2% in the previous quarter, and from 3.7% at the same time last year (Figure 4).

The transition into work-from-home that came into effect with the onset of COVID-19 in March of this year has persisted and will likely last in the short to medium term resulting in continued under-utilization of office space, as well as increasing vacancy rates. As tenants consider the next steps that prioritize both productivity and employee safety, sublease space is still growing in downtown markets, especially among smaller private companies, with many larger firms still wary of giving up physical office space altogether. Although many retailers and entertainment offerings have reopened throughout the third quarter, the second wave will pose continued challenges for in-person amenities thus further boosting e-commerce demand, and in turn, driving the need for high-quality industrial assets. Investors and developers are increasingly looking to expand their industrial portfolios as demand for space climbs across the country.

New office supply jumped nearly three times in volume from the previous quarter, with 15 completed buildings in Q3 2020 totalling almost 2.2 million square feet, at a 15.1% availability rate (Figure 2). The bulk of new completion volume was seen in the Toronto and Montreal markets, with 1.3 million and 554,681 square feet of new office completions, respectively. Cadillac Fairview’s York Centre in Downtown Toronto was the most notable office completion this quarter. Located at 16 York Street, the tower includes 878,937 square feet of office space across 33 storeys, of which 85% is already leased with HBSC announced as an anchor tenant. The building is accessible via the underground PATH network connecting most of the financial core in the area as well as Union Station and the neighboring ICE Condominiums complex. It also features state of the art raised flooring and enhanced HVAC systems, as well as a LEED platinum certification.
Another notable completion this quarter, also located in Toronto, was the restoration and redevelopment of the landmark West Block building located at 500 Lakeshore Boulevard West. The site includes seven stories of office space totalling 160,989 square feet that is fully leased, as well as retail space of which Loblaws will be the anchor tenant, including storefronts for its Shoppers Drugmart and Joe Fresh banners.
In Montreal, Broccolini’s Maison Radio-Canada completed in the third quarter, with 418,000 square feet of office space that is fully leased. Located at 1500-1700 René-Lévesque Boulevard East, the new broadcast hub for anchor tenant Radio-Canada was built to foster collaboration and creativity, and to contribute to the booming neighborhood at the edge of Montreal’s downtown core.

Vacancy rates have continued to rise as work from home practices are projected to last through to 2021, further driving the sublease trend in the third quarter. Nationally, sublet availability jumped from 15.7% in the previous quarter to 17.2% in Q3 2020 (Figure 3), with 12 million square feet of sublet space on the market. Calgary and Toronto have the most sublet space available among major markets, with 3.8 million and 4.4 million square feet, respectively. Still, the Vancouver market has the highest sublet availability rate at 32.5% this quarter, a jump from 31.9% in the previous quarter, and from 21.8% recorded at the same time last year (Figure 3). While subleasing has been one way that tenants have tried to overcome pandemic challenges, many are still questioning whether or not to reduce their office space permanently as uncertainty in the market mounts. Since some employees and employers place strong value on in-person collaboration and culture, additional challenges with in-office COVID-19 detecting, contact tracing, and the legalities associated with returning to work remain to be seen.

Although national industrial availability remains relatively stable compared to the previous quarter (Figure 4), growing demand has created a tight industrial market overall. This quarter saw 29 industrial buildings completed nationally with an availability rate of 17% (Figure 5), falling from 27.6% in the previous quarter. The Toronto market recorded the majority of completions with 17 new buildings totalling just under 3.2 million square feet, followed by Edmonton with 1 million square feet across only 2 new buildings that are fully leased. Among other major markets, Vancouver saw six new completions totalling 329,105 square feet, Calgary saw three new completions totalling 614,435 square feet, and Montreal saw only one completion of 118,000 square feet. Ottawa did not record any new completions this quarter.
Two notable completions this quarter occurred in Alberta, one of which being Amazon’s newest 1 million square foot distribution centre in Edmonton’s Leduc County. Located at 1440 39th Avenue SW, this is the second Amazon facility in the province, with a similar centre currently located just North of Calgary. Another significant completion in Alberta is located at 260258 High Plains Boulevard in Calgary’s Rocky View County, with 409,360 square feet of light industrial space currently available for lease.

The industrial sector continues to fare well compared to others with the ongoing rise in e-commerce sales driving steady demand for warehouse space across the county. With what some have dubbed as the “Amazon effect”, the third quarter has seen the development of multiple new distribution centres from grocery retailers to manufacturing companies. Many investors are leaning into this demand and have already begun planning industrial projects for the next year. This growth is not expected to slow down any time soon with already-high demand now bolstered by both the second wave of the pandemic and the upcoming holiday season. Still, with consumer priority on delivery times, location will play a crucial role in new developments moving forward.
Despite re-openings bringing back some stability over the third quarter, market uncertainties continue to take a toll on investments, especially in the office sector, as the end of the year approaches. While some employees have begun a slow transition back into the office, vacancy rates are likely to keep on an upward trend as companies assess the benefits of return to work plans against the cost of maintaining office spaces moving forward. Although industrial availability rates remain relatively unchanged from the previous quarter, more space will be required to keep up with rising demand. Retail distributors had the past few months to adjust to this heightened demand and prepare for what will be a unique final quarter, combining already high e-commerce sales with the cold weather, holiday season, and increasing pandemic case numbers.