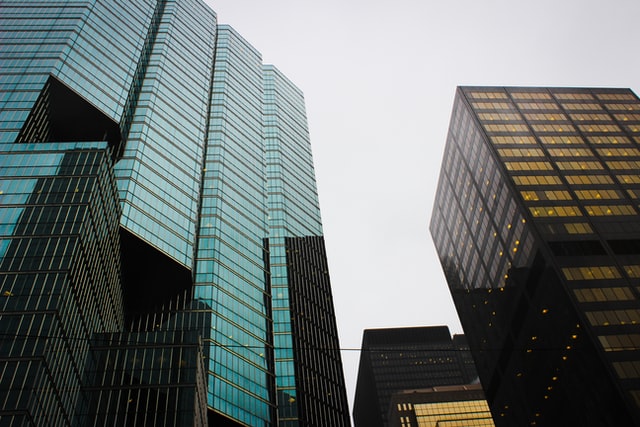 The story of Canada’s commercial real estate in 2021 will depend on how many COVID-19 plot twists have caused permanent changes in leasing and transaction patterns.

Industrial and retail real estate trends that had already emerged in 2019 were greatly accelerated by the pandemic, say, industry professionals. Warehousing and distribution centre construction and lease rates, already on the upswing, took off as e-commerce increased. Bricks-and-mortar retail has been hit harder as some retail chains founder and mall tenants struggle to make their rents during lockdowns.

The office sector has been thrown into disarray and forecasts are divided on where office vacancies and trends are heading.

“One camp is predicting work-from-home could become the new norm and the other is saying we will return to how things were previously,” says Matt Picken, Jones Lang LaSalle Inc.’s (JLL) national lead of capital markets.

“I think there will be a compromise. Clearly, there’s some cost-saving involved in work-from-home but to the detriment of collaboration and office culture.”

But Mr. Picken remains confident in an office rebound once a vaccine is in place. “It’s too early to write off the office market. Our vacancies were so low for such a long time, this is not necessarily such a bad thing.”

Scott Addison, president of brokerage services Canada for Colliers, says available space, including lease and sublease vacancies, in major downtown markets, could increase to more than 10 percent in the next 18 months.

Mr. Addison says companies may have taken more space than they needed, based on big growth projections, and firms with multiple locations may be consolidating as leases come up.

According to Ray Wong, vice-president of data operations at Data Solutions for Altus Group, there are discussions between office landlords and tenants about downsizing, renegotiating rents and even increasing space requirements to accommodate physical distancing.

“On top of that, we’re seeing increased inquiries into the suburban markets, closer to where people live.”

Mr. Wong adds that some companies are looking into relocating further out of the big cities to markets such as Kelowna, B.C., Kitchener-Waterloo, Ont., and Halifax to get more bang from the buck.

The office vacancy rate in downtown Calgary in the third quarter of 2020 was 28.7 percent, according to CBRE statistics. Mr. Kwong says the continuing crisis in the energy sector plays as big a role in Alberta as does COVID-19.

Vancouver is not experiencing the office vacancy woes felt elsewhere to the same extent, according to CBRE’s Vancouver managing director Jason Kiselbach.

“We entered 2020 with one of the lowest vacancies and we still have that,” he said, adding that a diversity of business, including film production and health sciences, as well as constrained office supply, has contributed to a favourable climate.

Industrial properties, particularly warehouses and distribution, are bright spots for all markets in Canada. A trend to low vacancies and increasing lease rates were boosted significantly in 2020 by COVID-19′s influence on the rise of online shopping. Experts say the trend will continue through 2021 with still more construction and higher rates.

Mr. Wong says he would tell investors that their most promising bet for 2021 would be industrial land with room for possible expansion on a major arterial road. There is little available space in the market, he says. Third-quarter 2020 figures show national availability at 3.1 percent, with Toronto figures at 1.9 percent and Vancouver at 2.3.

In Vancouver, where available land is at a premium, industrial is beginning to go multistorey. Oxford Properties Group’s Riverbend Business Park is the first multistorey facility of its type in the Vancouver area.

Frank Magliocco, real estate leader with PwC Canada, says there is also a trend to some “reshoring” of manufacture because COVID-19 revealed the disruptions that can happen to global supply chains because of a pandemic.

“That’s also driving wind under the sales of industrial.”

Malls and power centres are another uncertain sector of industry. Some observers are seeing excess retail land being converted to residential and industrial uses.

“There is potential to convert some non-performing shopping centres to last-mile fulfillment centres,” JLL’s Mr. Picken says. “The numbers are going to start to break in favour of this type of development because there’s such a shortage of warehouse space in key urban areas.”

Mr. Addison predicts that big regional malls and local corner stores will return post-COVID-19, but consumers may still choose e-commerce over a trip to a power centre.

“Because of the pandemic, those who weren’t using e-commerce are finding ‘this is easy, it’s pretty good.’” Mr. Addison says. “In February, it’s snowing, you’re in Calgary. Are you going to drive out to a power centre or are you just going to order it off Amazon and have it delivered that afternoon?”

According to Ray Wong, vice-president of data operations at Data Solutions for Altus Group, there has been some increase in vacancy in downtown Toronto in multi-residential, but that is because of the conversion of Airbnb units to longer-term rentals.

Canada has also missed a cycle of immigration because of COVID-19, he adds.

“Hopefully, immigration will start to come back, and I think a lot of those vacancies will start to dry up again,” Mr. Wong says.